What will be the reactions of fans if Liverpool becomes another state-owned club like Man City?

According to a report from the Athletic, Fenway Sports Group have put up Liverpool for sale, inviting potential buyers to make inquiries.

Many Liverpool supporters who were dissatisfied with the team’s prudent spending under John W Henry have embraced the news.

However, the pool of potential buyers is small and mostly made up of American commercial organizations similar to FSG and Middle Eastern sheikhs.

In the latter case, Liverpool would become a state-owned club like Manchester City and Newcastle, whose owners’ primary objective is, to put it bluntly, sportswashing.

However, there would be no hesitation to spend.

What is your thought on this?

Also READ  Kelleher reveals what Klopp said at halftime that inspired Liverpool to fight back in the amazing victory over Leicester City
Share
Related Topics:LiverpoolMan City
Up Next

Revealed: Why Jurgen Klopp will resign if Liverpool is bought by oil state

Liverpool star “not happy” with Klopp as he  considers leaving Anfield 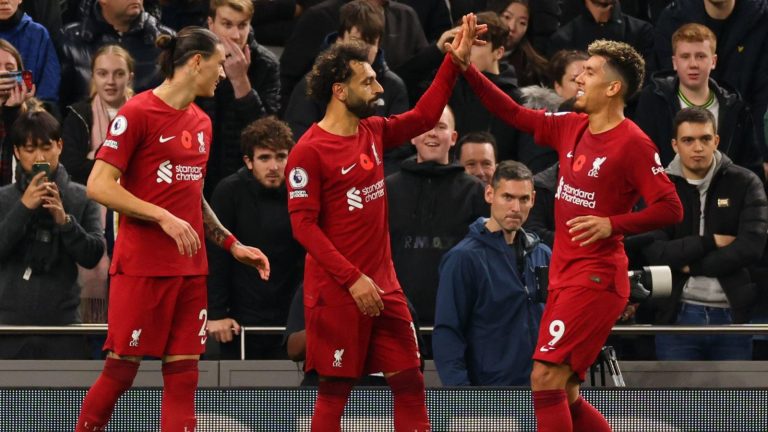 Liverpool star “not happy” with Klopp as he  considers leaving Anfield

Liverpool star Mo Salah is ‘no longer happy’ with Jurgen Klopp and it is being reported that Spanish giants Real Madrid are looking to ‘take advantage’.

Salah had an unsuccessful spell at Chelsea earlier in his career but he returned to the Premier League with a point to prove when he joined Liverpool in 2017 from Roma.

Salah was acquired by Roma for for £43 million. Although there were some raised eyebrows when this agreement was revealed, he has distinguished himself as one of the top attackers in the world while playing for Liverpool.

In 283 games for the English team, the 30-year-old has scored 173 goals. They have won the Champions League, Premier League, FA Cup, and Carabao Cup with his assistance.

Due to Salah’s contract’s 2023 expiration date, his future was in doubt toward the close of the previous campaign. Though his current contract expires in 2025, he decided to commit his future to Liverpool. Salah has not had as much of an effect this season, scoring just seven goals in 19 games. Liverpool is currently in ninth place in the Premier League as a result of his dismal performance.

This week, it was reported that Liverpool was getting ready to trade Salah to PSG in order to pay for a transfer of Juventus star Federico Chiesa.

It is noted that Real Madrid were keen on him in the past, but they are now looking to ‘take advantage’ of his current ‘huge discontent’. It is reported that he would ‘seriously consider a change of scenery’.

Salah is ‘no longer happy’ with Klopp and it is suggested that an exit will be even more likely if Liverpool fail to qualify for the Champions League.

Real Madrid are ‘very much waiting’ for news on Salah, who is said to feel that his time at Liverpool is ‘close’ to concluding.

The report adds: ‘Taking advantage of the clash between Madrid and Liverpool in the Round of 16 of the European Cup, Florentino Pérez hopes to be able to meet and speak personally with Salah , who he hopes will be able to convince him to start an adventure for La Liga Santander.

‘And, of course, they would also have to reach an agreement with Klopp to allow the departure of one of his key pieces.’ 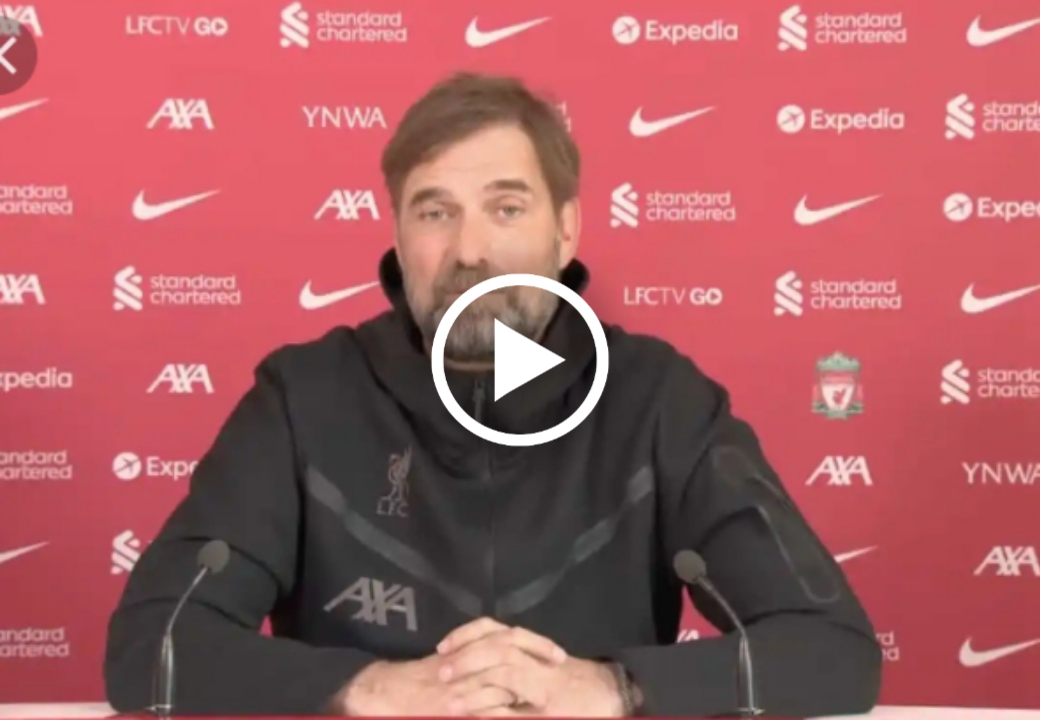 Liverpool boss, Jurgen Klopp took to the dugout for his 1,000th game in management as the Reds drew 0-0 with Chelsea on Saturday.

The German has joked that he could remain Liverpool manager for 10 more years, having overseen the 1,000th game of his coaching career on Saturday.

Despite the Reds’ unmemorable 0-0 tie with Chelsea at Anfield, it was nevertheless a significant moment for Klopp, who made his coaching debut with Mainz in his native Germany 21 years ago.

The former Borussia Dortmund manager, who took over in 2015 and may continue until 2033, was in charge of Liverpool for the 411th game.

Having an 18-year managerial stint seems extremely unlikely in the super-intense modern age of football – only Sir Alex Ferguson and Arsene Wenger have lasted that long in the Premier League era – but Klopp appears quite content at Anfield, despite his team’s struggles this season.

Speaking to BT Sport after Saturday’s draw – which did neither side any favours and left the Reds 10 points off the top four at the halfway mark of their campaign – the 55-year-old said.

“My motivation [for the Liverpool job] is no problem. I am a bit like Obelix, who fell in the… You know Asterix and Obelix? Ah, you don’t know it; forget it, it’s obviously a German joke then. I have enough energy for another 10 years if you want!”

As of right now, Klopp is under contract with Liverpool until 2026 after signing a contract extension last year. He is currently the fourth-most successful manager for Liverpool in terms of total awards won (7 trophies).

The Reds’ next game is on Sunday when they travel to Brighton in the fourth round of the FA Cup. Last year, they defeated Brighton to complete the major trophy set under Klopp, having also won the League Cup, the Premier League title in 2019/20, and the Champions League.

Liverpool boss Jurgen Klopp has criticised Thiago on the club’s official website for his performance against Graham Potter’s Chelsea at Anfield in the Premier League on Saturday.

Klopp stated that Thiago gave the ball away far too many times, as Liverpool and Chelsea played out a goalless draw with each other.

The £200,000-a-week (Spotrac) midfielder started the match and played for the entire 90 minutes.

While the Spaniard played some lovely passes, made some good decision,s and was always available for the ball, he was not at his best.

“We were compact, we won really good balls, we caused them problems and from there then we have to do better with the ball. Klopp said.

“That’s possible and it was already better than the last league game, that we really keep the balls and play from there. 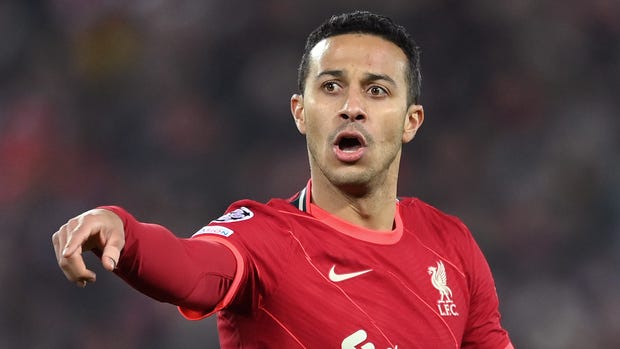 “It’s like, even Thiago, who is obviously a great footballer, gave balls away, unforced errors and these kind of things. That’s what we have to do better.”

Liverpool and Chelsea are struggling in the Premier League at the moment, and it’s looking like neither side will end up in the top four this season.

Today, we witnessed how two of England’s top clubs put on a game that was far from brilliant.

Liverpool and Chelsea need to step up their game if they want to finish in the top four of the Premier League this year.

Both the Reds and the Blues have talented teams and players, so Jurgen Klopp and Graham Potter will need to help them reclaim their best form.

In other news, (VIDEO) Watch: Fans erupt after Kai Haverzt goal against Liverpool was disallowed

Darwin Nunez is expected to be available for Liverpool’s Premier League match against Chelsea on Saturday.

Nunez has missed the Reds’ last two matches with a hamstring problem but returned to team training on Thursday.

The Uruguay international is now back to full fitness and in contention to start this weekend, Liverpool boss Jurge Klopp confirmed in his pre-match press conference on Friday.

When asked if Nunez is ‘closer for selection’, Klopp replied: “Yes.”

Successive league defeats away to Brentford and Brighton have left Jurgen Klopp’s men ninth in the table, level on points with Graham Potter’s Chelsea.

If Liverpool are unable to get three points, it would likely end their hopes of Champions League qualification, with the team from Merseyside currently 10 points off fourth placed Manchester United.

Klopp received a much needed boost on Tuesday, when his side secured progression in the FA Cup, beating Wolves 1-0 courtesy of a Harvey Elliott wonder goal. 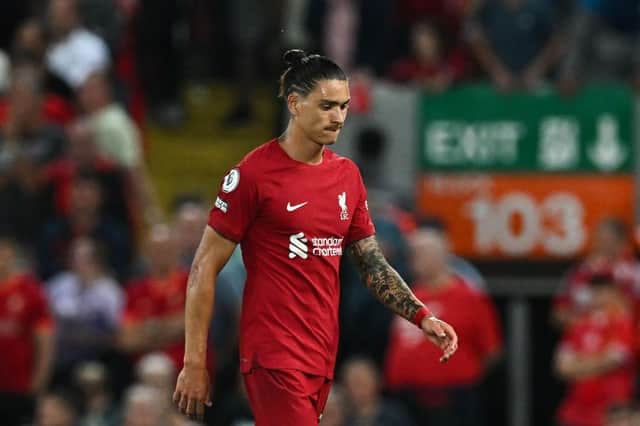 Darwin Nunez is set to return from injury (Getty Images)

Nunez took to social media earlier, posting a short montage video on twitter, which included the words ‘Liverpool vs Chelsea’ and ‘game on’, alongside images of himself.

What’s more, Liverpool need him more than ever. Injuries to Roberto Firmino, Luis Diaz, and Diogo Jota have left the Reds stretched in attack.

However, the arrival of Cody Gakpo, along with Elliott’s recent form may give the Reds boss a minor headache when selecting his starting XI to face Chelsea. 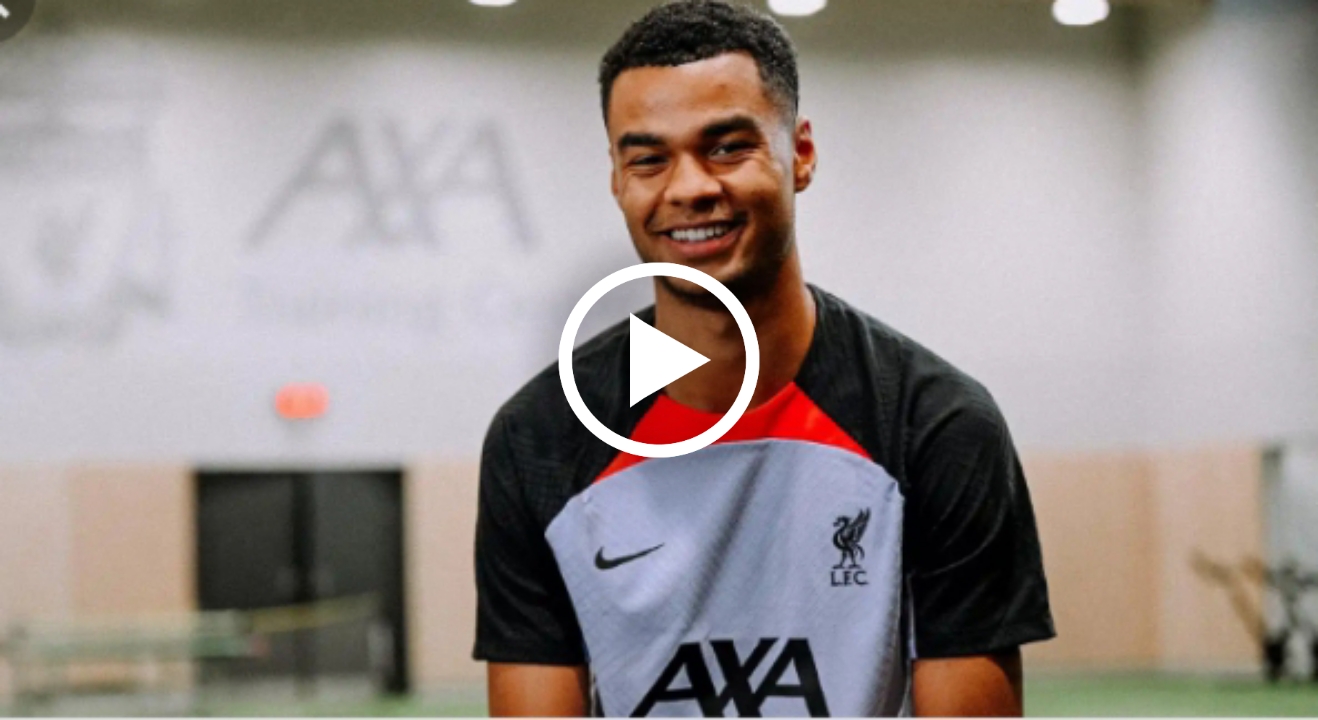 Liverpool’s new signing Cody Gakpo has made a promise heading into the Chelsea game, and also spoke of the fast friendship he’s struck up with one of his teammates.

New Liverpool signing Cody Gakpo made a promise before the meeting with Chelsea, also named the player he has struck up a friendship with already, just weeks after arriving.

Many were shocked by the signing of Gakpo by Liverpool just a few days after Christmas. The Dutchman left the 2022 World Cup as one of the Netherlands’ best performers, having scored three goals in the group stage.

With Liverpool needing new midfielders, a move for another attacker seemed unlikely, but Gakpo was signed before his valuation increased any higher.

The Netherlands International has made a promise heading into the game against Chelsea.

“Of course, in a new team you have to adapt to the style of playing and how other players play around you,” Gakpo told liverpoolfc.com.

“You have to get to know each other. That’s what I’m trying to do and I feel that is getting better every game — and it will be even better in the next one [against Chelsea].”cod 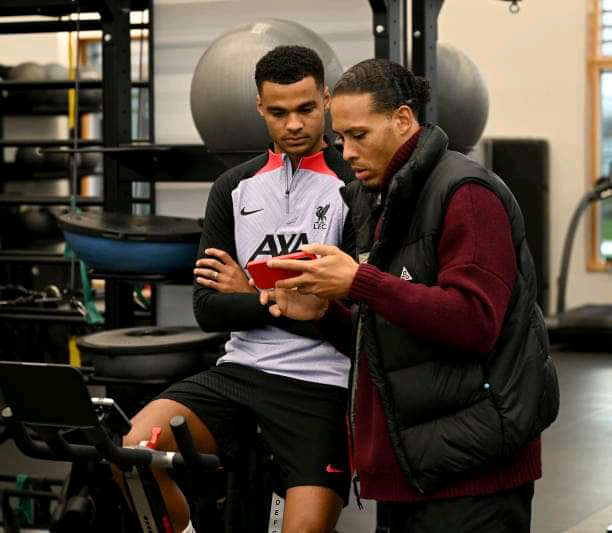 Recently, Curtis Jones revealed that he and Gakpo had already become friends since the latter’s arrival, calling him “an exciting player and a great guy.” The praise was then returned in kind by Gakpo.

Everybody is really nice,” added Gakpo. “Virgil [van Dijk], I’ve known him a little bit longer, from the national team. He is helping me a lot, and Curtis also. Just with the small things they can help me. I really appreciate that from all the guys, so I’m really grateful.