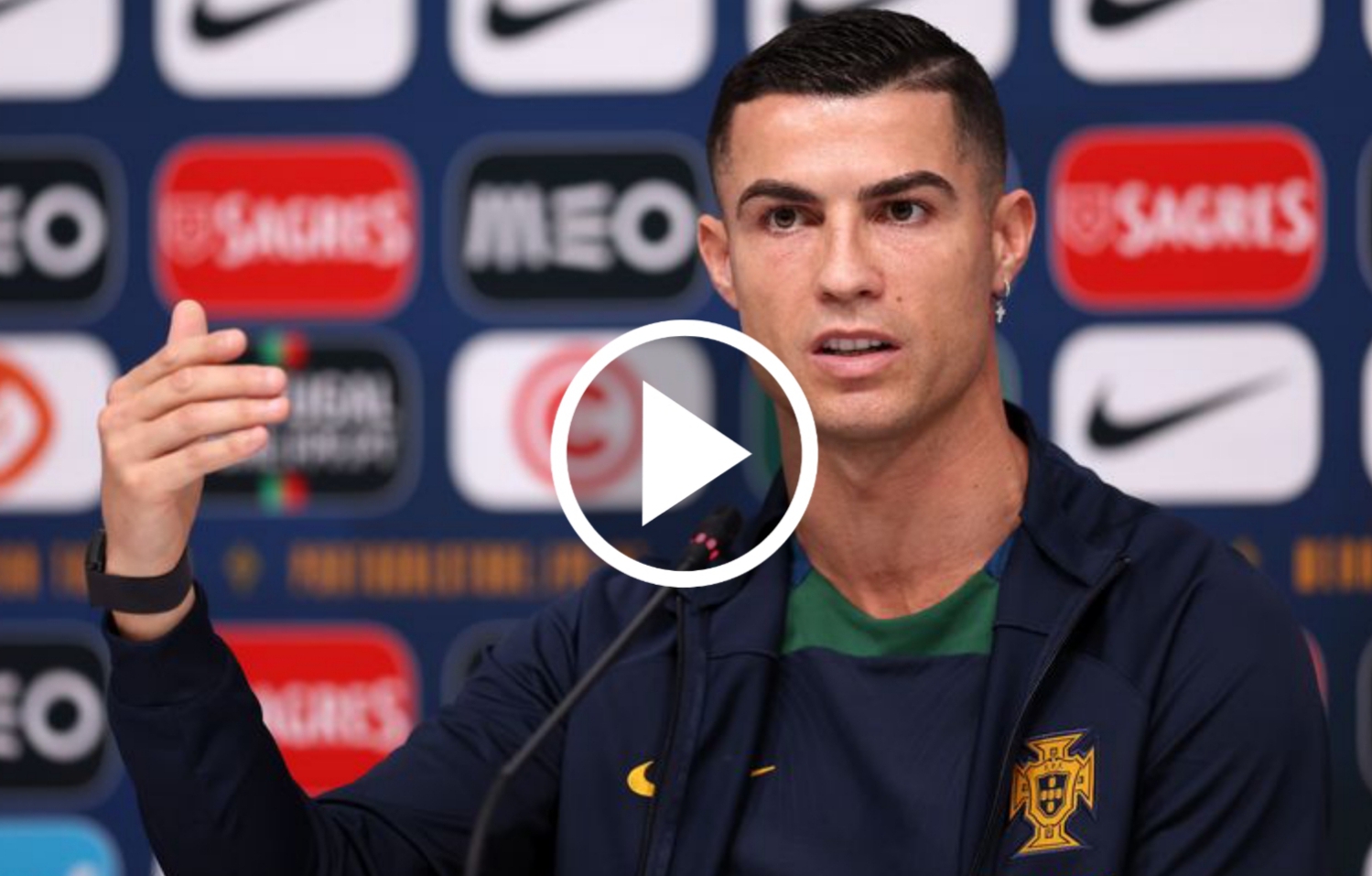 After Portugal was eliminated from the World Cup, Cristiano Ronaldo spoke out, expressing his regret but adamant that his dedication to his nation has never faltered.

Ronaldo scored in Portugal’s opening match against Ghana, but Fernando Santos, the team’s head coach, unceremoniously benched him after seeing how he reacted to being taken out against South Korea. 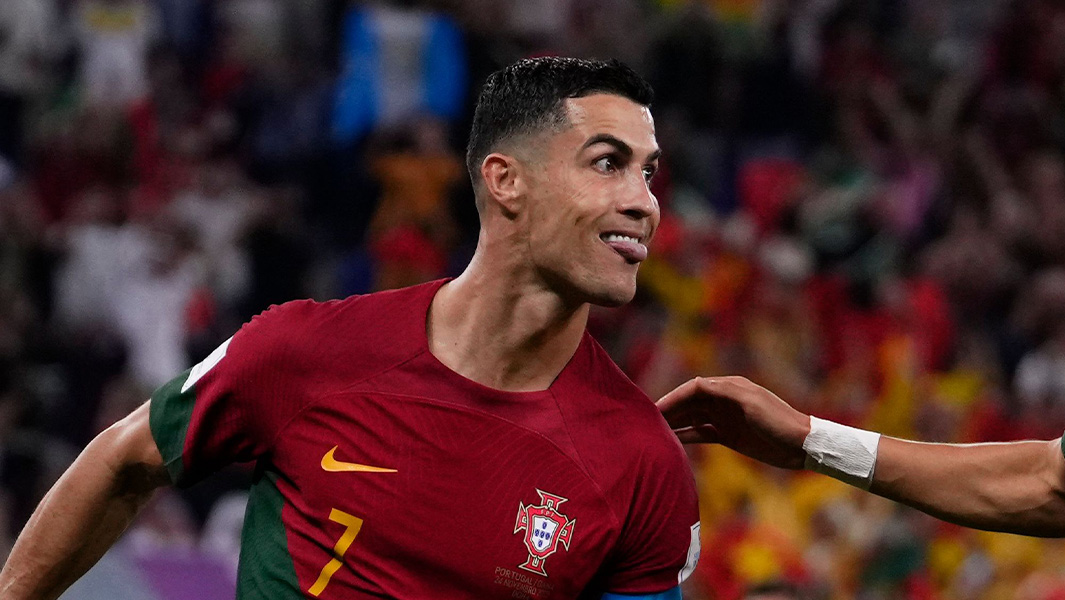 The 37-year-old substitute player did not make an impression as Portugal’s World Cup hopes were shattered in a 1-0 defeat to Morocco in the quarterfinal.

Ronaldo did not address the media immediately after the game and was seen sobbing as he walked down the tunnel at full time.

“Winning a World Cup for Portugal was the biggest and most ambitious dream of my career. Fortunately I won many titles of international dimension, including Portugal, but putting our country’s name on the highest foot in the World was my biggest dream.

“I fought for it. I fought hard for this dream. In the 5 appearances I scored in World Cups over 16 years, always by the side of great players and supported by millions of Portuguese, I gave my all. Leave it all out on the field. I never turned my face to the fight and I never gave up on that dream.

“Sadly yesterday the dream ended. It’s not worth reacting to heat. I just want you all to know that much has been said, much has been written, much has been speculated, but my dedication to Portugal has not changed not for a moment.

“I was always one fighting for the objective of all and I would never turn my back on my colleagues and my country.

“Not much more to say for now. Thank you Portugal. Thank you Qatar. The dream was nice while it lasted…

“Now, it’s hoping that the weather will be good advisor and allow each one to draw their own conclusions.”

Ronaldo became the first man to score at five World Cups with his goal against Ghana, but now looks certain to retire without having scored in a World Cup knockout match.

In other news, Report: Liverpool accelerate efforts to beat Man United and City to major transfer target for 2023 with agreements in place

Liverpool began proceedings in the second-half with far more aggression and intent and actually came close to finding an effort via unlikely scorer Ibrahima Konate.

The Frenchman raced into the opposing half in a manner some might suggest was Joel Matip-esque before attempting to catch Kepa Arrizabalaga off his line with a speculative effort.

The shot went just wide of the post in what was a clear warning sign for Graham Potter’s men.

What a start to the second half that would've been!! 😲

Konate nearly bagged himself the goal of the season with this fine effort to catch Kepa off his guard… pic.twitter.com/JKliwQckZw

Liverpool have confirmed a January transfer move while Jürgen Klopp has been speaking about his summer plan and offered a Diogo Jota injury update.

Jürgen Klopp has told his team that the Reds would be making significant changes amid a transfer overhaul, but that won’t happen until the summer when several of his players’ contracts expire.

“At Borussia Dortmund, it was clear when I left (in 2015), I said something has to change,” Klopp said in the second part of his press conference. “It is a different situation (here). Either the manager’s position changes or a lot of other things change.

“So, as far as I am concerned, what I hear — unless someone tells me (different) — I will not go. So that means maybe there is a point where we have to change other stuff.

“We will see but that is for the future, like summer or whatever. Not now. I have space and time to think about it.

“We have to play better football now. We cannot play and say: ‘OK, these are the problems but next season we don’t have them anymore’. That is a really long time. I cannot promise we will fly tomorrow but what I want to promise is that we really fight and everyone can see it.”

But if they manage to finish in the top four this season, it will be much easier to make such changes. Without Champions League football for a season, it will be considerably more difficult to sign Jude Bellingham and other major targets.

Jürgen Klopp has offered an update on Diogo Jota’s fitness as he continues his recovery from the long-term injury that has already forced him to miss the World Cup.

“I don’t know exactly how long but he looks really good,” Klopp said in the second part of his press conference. “He’s out there on the pitch doing a lot of stuff already. Another few weeks?”

When asked if Jota would be available for the first leg of the Champions League quarterfinal matchup against Real Madrid next month, Klopp said: “From my point of view, yes but I don’t know.”

Colombian winger Luis Díaz is also on the recovery trail. He posted an update from the AXA Training Centre on social media yesterday.

And the Reds manager rejected claims that the defeat was a “one-off” as his team’s chances of qualifying for the Champions League took another severe hit.

At the AMEX Stadium on Saturday night, two goals in the second half from Solly March and another from substitute Danny Welbeck condemned Liverpool to a 3-0 Premier League loss.

In response, Klopp expressed his deep concern by evaluating the reverse without comparison over the course of his 22 years as manager.

“It’s my job to make the right line-up and set up the right tactics,” said the Reds boss. “I had really nice moments doing that but, I’m not sure if it’s because it’s only a few minutes since the game, but I can’t remember a worse game.

“I honestly can’t and I mean all (my career) not only Liverpool and that’s my responsibility. So that makes it a really low point.”

In other news, Journalist tips Liverpool to complete the signing of £70m outstanding midfield target

Liverpool boss Jurgen Klopp is eyeing some potential new signings this month with several players linked with a switch to Anfield, though the Reds’ boss will have one eye on the summer and a deal for Jude Bellingham

Despite being one of the few clubs to have completed any transactions thus far in the January transfer window, pressure is growing at Anfield to complete additional deals given the Reds’ current form.

2023 began with a 3-1 loss to Brentford, which was followed by a contentious FA Cup tie against Wolves at home that Liverpool may have lost if it weren’t for the VAR.

new signature In the third-round match, Cody Gakpo made his debut while Darwin Nunez recovered his shooting form and netted a stunning volley.

But that did not mask the issues plaguing Jurgen Klopp’s side at present, with calls for fresh blood in midfield not going away anytime soon.

Klopp has already conceded the Gakpo deal limits what the club can do in the remainder of the window – but there is still plenty of time for them to spring a surprise.

Josko Gvardiol, a defender for RB Leipzig, has expressed his love for Liverpool amid recent transfer rumors, but he has also said he will stay with his current team until at least 2024, quelling any rumors that he might be moving to Merseyside.

At the World Cup in Qatar, the Croatian center back dazzled, drawing admiring glances from all across Europe, including Chelsea. Gvardiol’s admission that it would be a “dream” to wear Liverpool’s crimson uniform gave Liverpool a much-appreciated advantage.

Leipzig, though, is adamant about keeping their man, and Gvardiol is similarly happy with the current situation.

In other news, Liverpool expected to sign Matheus Nunes as Chelsea joins race for the Portugal International

Liverpool FC fans were excited to see our latest signing unveiled and as soon as Cody Gakpo was finally confirmed to be a Red, attention quickly turned to what squad number he would select.

The Dutch attacker displayed the back of his shirt to reveal: “Gakpo 18,” which was a wonderful way for the club to announce his selection as he passed past our awards that are on display in the AXA Training Centre.

The former PSV player wore the same jersey number for the Under-21 team at his old team and twice for his country; now, at Anfield, the legacy of his relationship with the number will continue to flourish.